The federal-state programme "Socially Integrative City" provides urban development funding for areas with special development needs. It was launched in 1999 as a joint initiative of the federal and state governments and, by closely linking constructional and social measures, enables urban development investments in the residential environment, in infrastructure equipment and in the quality of living. The aim is to promote lively neighbourhoods, strengthen social cohesion and thus improve intergenerational equity and family-friendliness in the neighbourhood.

A wide range of funding is possible

Funding is available for investments in district centres, community centres, public squares and open spaces, as well as for accompanying measures. Neighbourhood management and district offices mediate between residents and actors and thus assume key functions in the district. Citizen participation plays an important role in the Socially Integrative City.

In Jena, there are the following "Socially Integrative City" funding areas

The large housing estate Neulobeda is the largest district of Jena with approx. 21,500 inhabitants. In recent years, it has been possible to eliminate fundamental infrastructural deficits of the 1980s, to reduce serious urban development and traffic deficits, and to increase the quality of the district through targeted residential environment measures.

85% of the housing stock has been refurbished to date, and the quality of living meets current standards, as evidenced by the high occupancy rate.

Further redevelopment and comprehensive neighbourhood development measures are being continued and are shaping the impression of Neulobeda. The urban development framework plan Jena-Lobeda (update 2002, resolution of the city council) has defined the principles of the long-term urban development of the area after extensive discussion with all local actors. Since 1999, the district has been a programme area in the federal-state programme "Socially Integrative City".

In order to receive funding from this programme and accompanying programmes, an integrated development concept must be available for the district. This concept was drawn up in 2009 and confirmed by the city council as the basis for further action in the district. 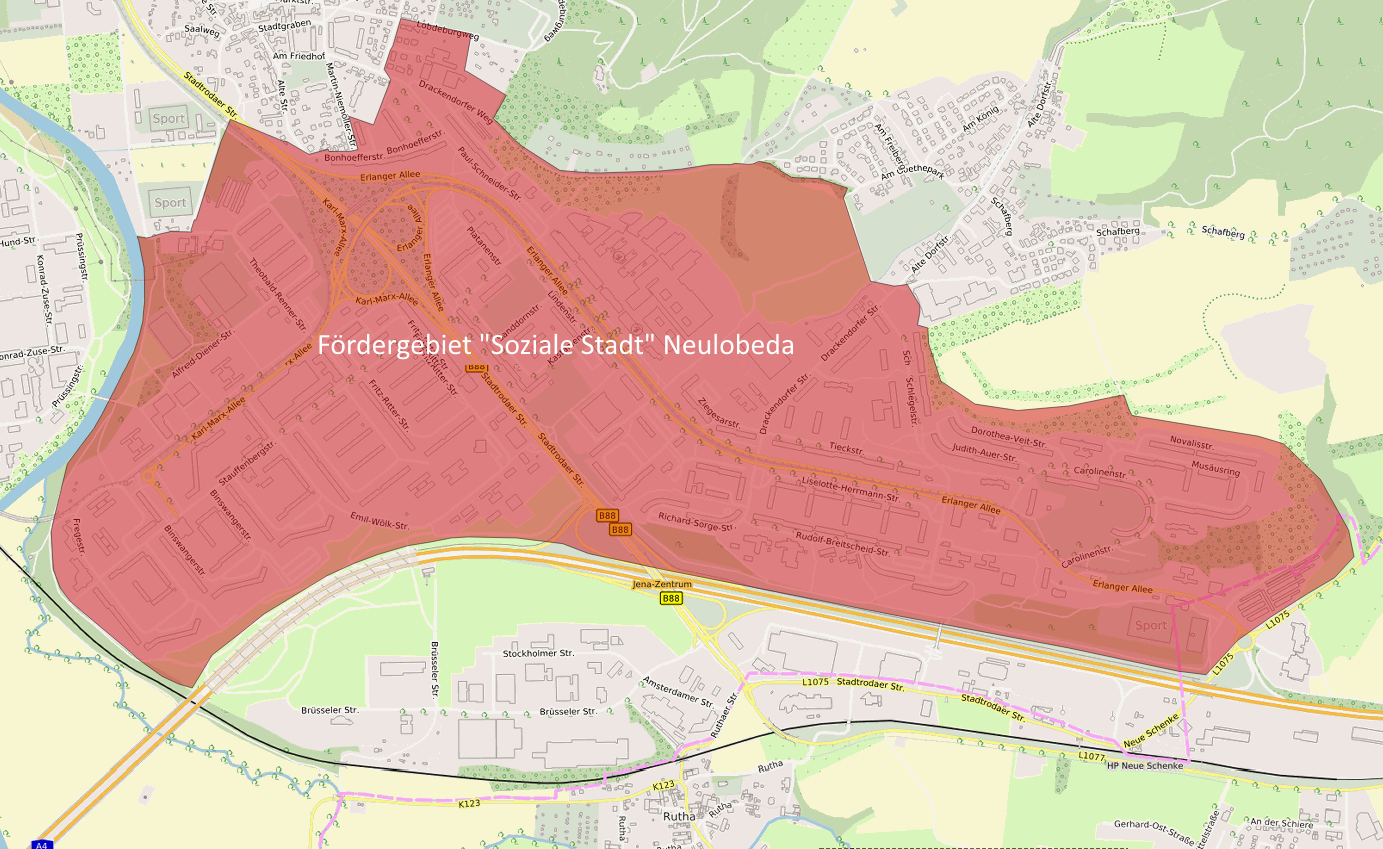 The population trend is characterised by a decline in the number of residents and an increase in the proportion of older residents.

The task of the city administration's departments is the long-term stabilization of Winzerla as an attractive residential location for all population and age groups, especially for families with children. This is achieved through various measures, in particular the improvement of the quality of the public open spaces as well as the social infrastructure. The urban development department is responsible for coordinating all the players.

Since 2001, Winzerla has been a programme area in the federal-state support programme "Districts with Special Development Needs - The Socially Integrative City". The funds provided are primarily used to upgrade the public spaces, in particular the "water axis". The use of the funds is coordinated by the urban development department in cooperation with the district council and the Winzerla district management. 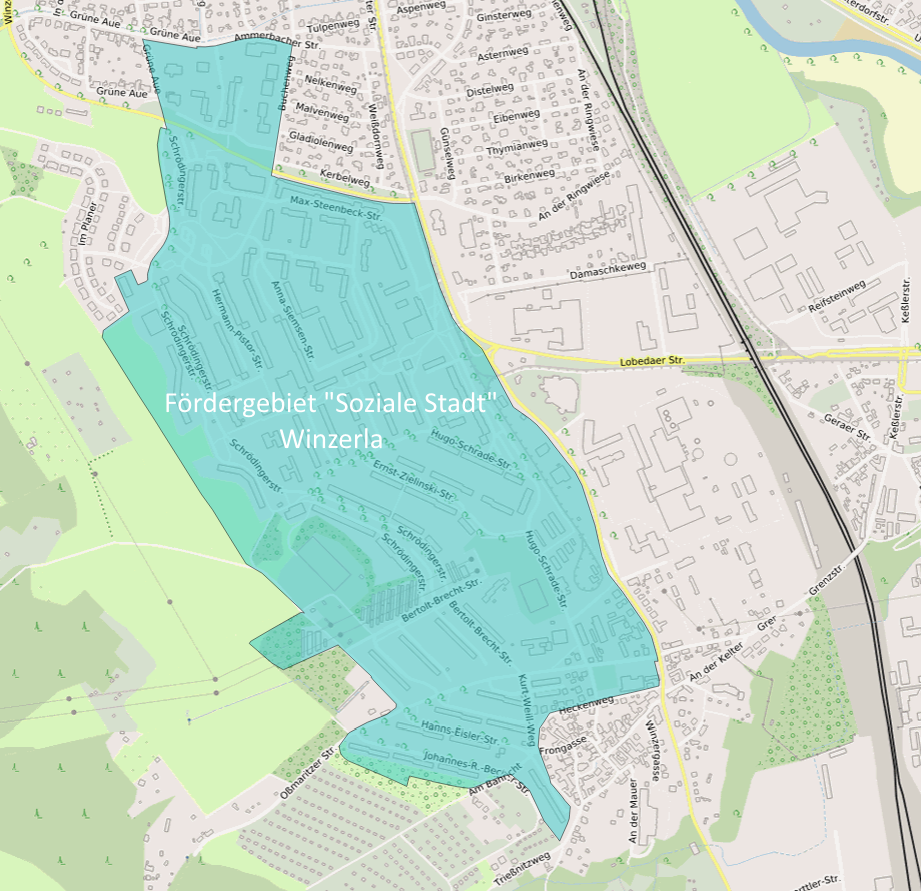