On 08.05.2021 nationwide the Day of the urban development takes place. At Due to the Corona-Pandemic in Jena no events or visits are planned in this context. In 2021 the Anniversary „50 years of urban development“ in the focus of the day of action and refers to thehe diverse rogrammes of urban development funding, which which in the past decades constantly new challenges in urban development togepasst were. Since 2020 there is the three federal-state programmes "Living Centres", "Social Cohesion" and "Growth and Sustainable Renewal", which also current cross-sectional tasks such as the adaptation to climate change take into account. The city of Jena benefits in its assisted areas from all three programmes.

In Jena we are looking this year 30 years of urbansanization. Mith the reunification of Germany after 1990 also here a comprehensive process of renewal. The "Old Town", "Sophienstraße" and "Karl-Liebknecht-Strasse were the first redevelopment areas, which werem 10.07.1991 were formally established. The redevelopment statutes were Vprerequisite for the use of of urban developmentfunds. To daten further funding and redevelopments areas in the urban area areas - most recently the "Western City Centre.

The tasks of urban renewal have steadily increased in the past decades constantlychanged. In the beginning there was among other things the protection of buildingn day-to-day business. Nfter the public and private building stock today almost completely renovated has been, the focus in the next few years in the renewal publicr roads and open spacesäume lie. In the city centre lies thethe focus here on themfeld design of the two major projects Inselplatz and Eichplatz with estimated total costs of 15 million euros, in Wenigenjena at the "Gries" and in the Damenviertel in the redesign of "Nollendorfer Straße" and "St.-Jakob-Straße".

Seit 1991 thehe projects in the urban redevelopment and promotion measures der city of Jena with rund 160 million in financial aid from the federal and state urban development programmes. supportedt. Besidesthe city's promotional measures, the but the commitment of the approx. 8,500 private property owners:inside and the financial commitment of investors:inside in the redevelopment areas to structural developments and thus contributed to the achievement of the redevelopment goals. The result is omnipresent in the cityscape visible - see Street At the Planetarium.

So that the city of Jena also in the future subsidies in the redevelopment areas all redevelopment statutes have to be extended until 31.12.2021. The legislator has passed a law for all areas that were decided before 2007.a time limit in the building code. At the moment the urban redevelopment team in the urban development department is currently evaluating the agreed redevelopment targets for all areas and is examining and is examining time periods for an extension necessary to achieve are necessary. Currently is a maximum extension of 10 years and a successiver completion of the areas is being strived for. Ealso anchored in the building code is the necessary levying of levying of compensatory amounts, which, after completion of the urban redevelopment measures. by the city of Jena be levied must be collected. It should be positively emphasized thatt has already beenover 10 million in compensation through private owners prematurely were and directly for the financing of measuress could be used.

However, the abolition of areas does not end the task of urban renewal. Quiteon the contrary in this context also have to think about how to achieve the goals that have been lanlong term n can be achieved - Design statutes would be an option. In perspective, the conclusion ofthe conclusion also new possibilities for the definition of redevelopment or development areasn in Jena.

The aim of the nationwide day of action is to inform citizens about projects, strategies and objectives of urban development promotion.

This year, the nationwide 5th day of action in Jena is themed IMAGINATA - Introduce yourself!

The city of Jena - represented by the team of urban redevelopment - as well as IMAGINATA e. V. present the project modernisation and restoration / new use of the former transformer station Jena-Nord and redesign of the outdoor facilities.

After the decommissioning of the former Jena-North transformer station with its storage and workshop buildings and the acquisition of the property by IMAGINATA e.V., several construction phases were carried out over the past few years, first of all securing and then, from 1998 onwards, extensive modernisation and repair measures as well as the redesign of the outdoor facilities.

These works in the technical monument have now been completed and were supported with urban development funds from the federal and state governments amounting to approx. 5,490,000 €. The city of Jena paid a further € 1,160,000. There was no developer's contribution.

IMAGINATA e.V. has developed a field of experience in the switchgear halls and on the open-air grounds of the old transformer station, where people can perceive and marvel, play and ponder, discover and invent. One of the focal points is the station park.

After the opening of the Day of Urban Development, there will be a guided tour of the renovated halls and the outdoor area.

You will have the opportunity to ask your questions to the experts from the city administration at any time and will certainly receive interesting information.

The team of urban redevelopment would be very pleased about a lively participation in the fifth day of urban development in Jena.

Please also note our information flyer. You can find it under -> Downloads.

Open day at the Imaginata

The IMAGINATA e. V. also invites you to an open day on this day. The entrance is free. 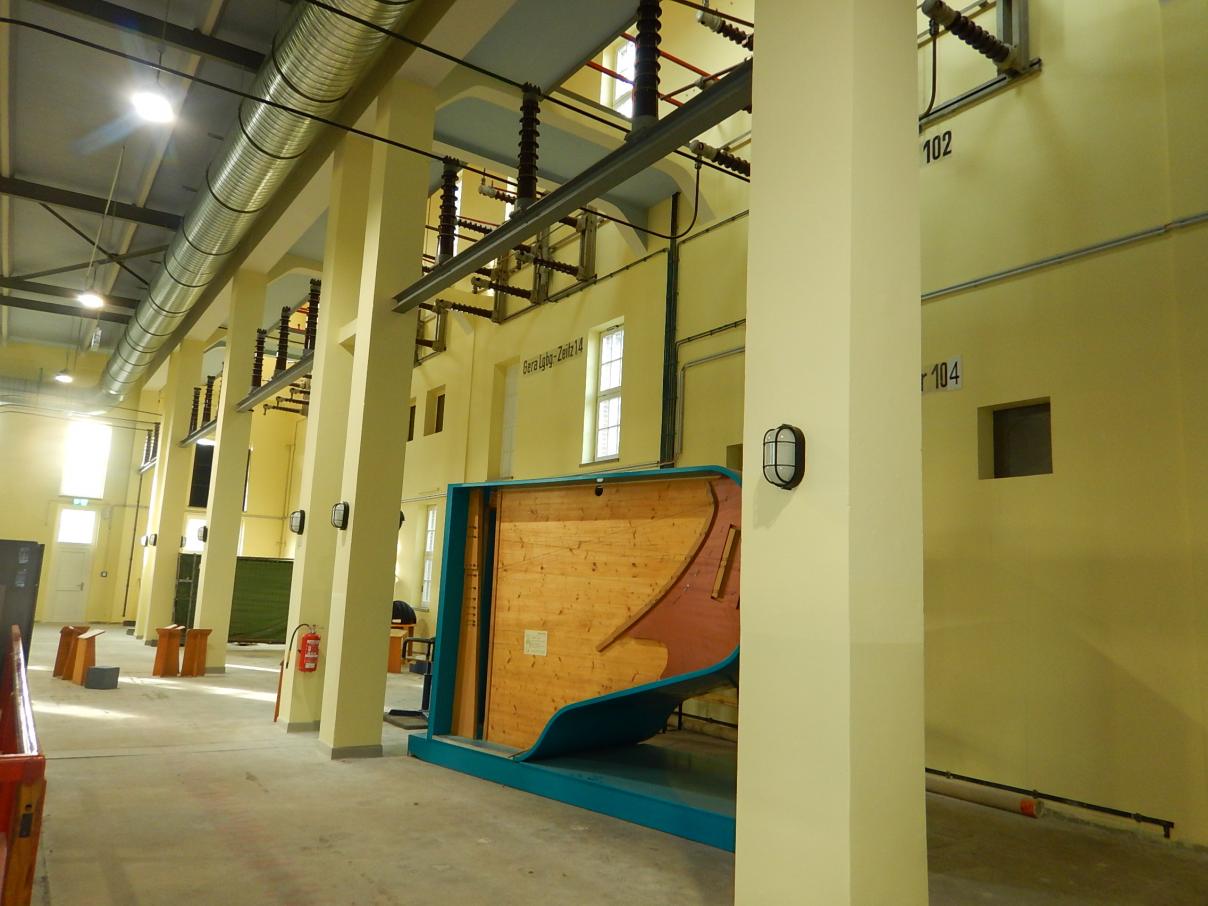 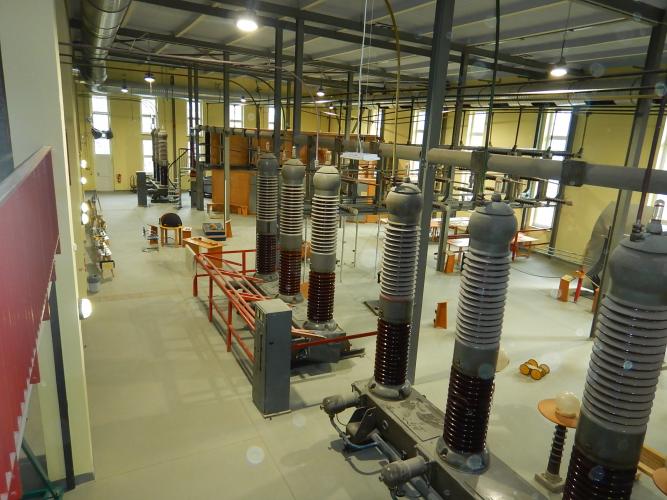 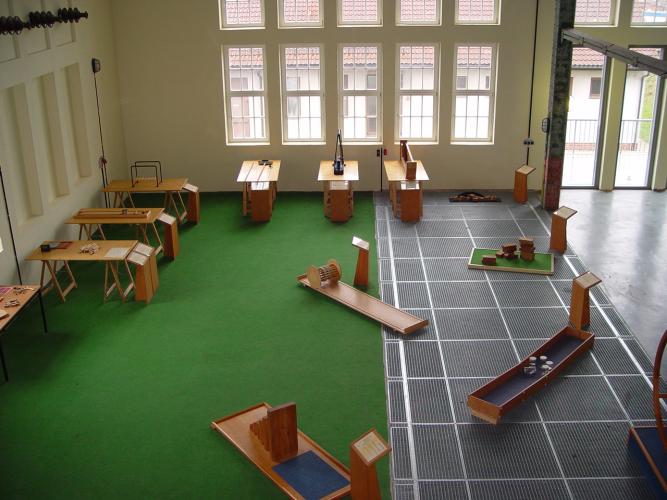 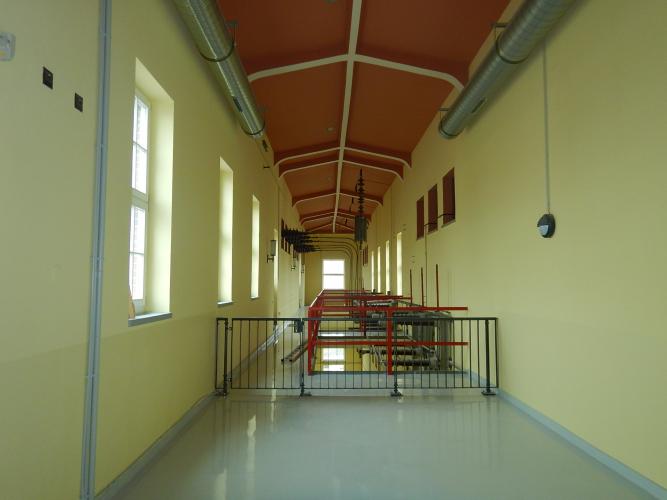